Unlike most sporting and recreational groups, the SCA doesn’t require a paid membership to join in. There are some things you can’t do if you’re not a member — being King, for example, or running a feast — but most people don’t need to shell out.

There are, however, three good reasons to join up formally: 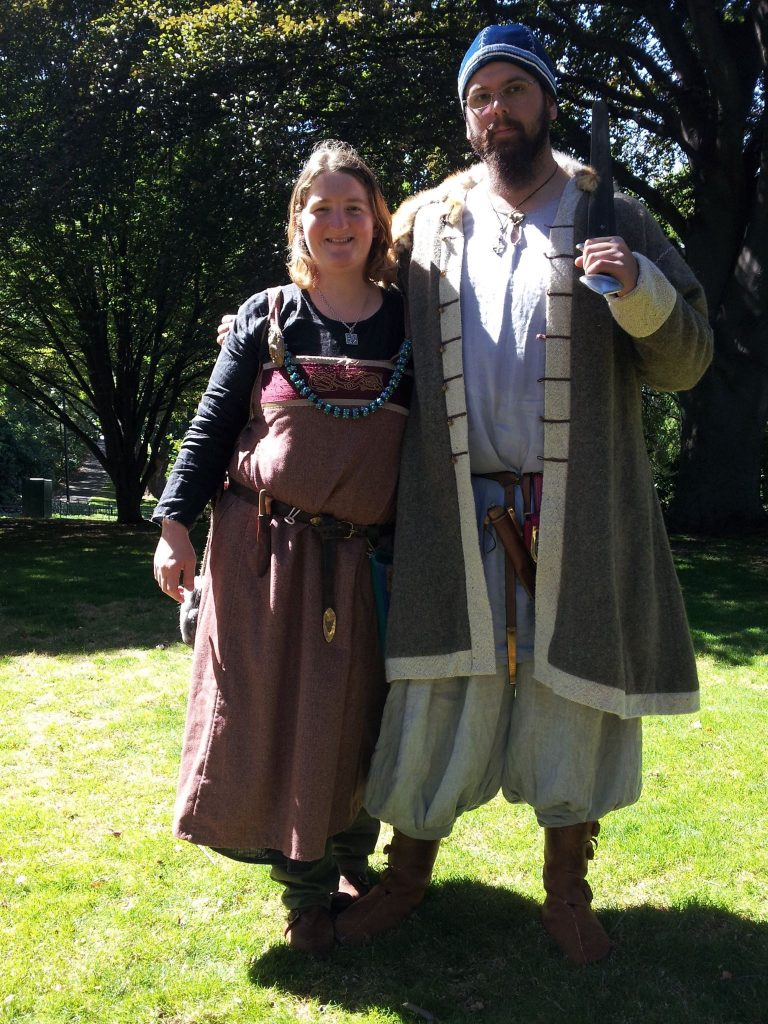 Because of how our insurance works, every adult non-member who attends an event or activity has to pay $10 (ten dollars) extra for every event ($5 (five dollars) for under-18s). This can be OK for a one-off, but if you want to come along to fighter training, archery, picnics, meetings and of course feasts and tourneys, it can add up. The worst part is that the SCA gets no direct benefit from it: all that money goes into the insurer’s bottomless bank account and we see none of it.

If you become a member, you get to do the stuff that only members can do, like running a feast, volunteering as an officer or training to be a fighter or a fencer. Sounds like too much hard work? How about this then: you also get a year’s subscription to Pegasus, the newsletter of the Kingdom, full of news of all the Baronies, Shires, Cantons, Colleges and Hamlets in Australia and New Zealand. Pegasus is sent by email and is usually a good read.

However, the third reason is the most convincing:

Membership in the SCA in Australia is only $45 per year. That’s it! Compare with membership in Scouts, a mundane archery club, a martial arts dojo, cooking classes, a singing group and a social dance group, and then consider that the SCA gives you all of that and more. It’s a bargain!

OK, so you want to join up? Go to the Registry page and fill out the New Membership Application. You can pay by credit card or PayPal, and you’ll be sent an acknowledgement pretty swiftly. The payment doesn’t recur automatically, so you won’t be hit with an unexpected debit in a year’s time. In a few weeks you’ll get your membership card in the mail, and then you’ll be one of us. After that, anything could happen…