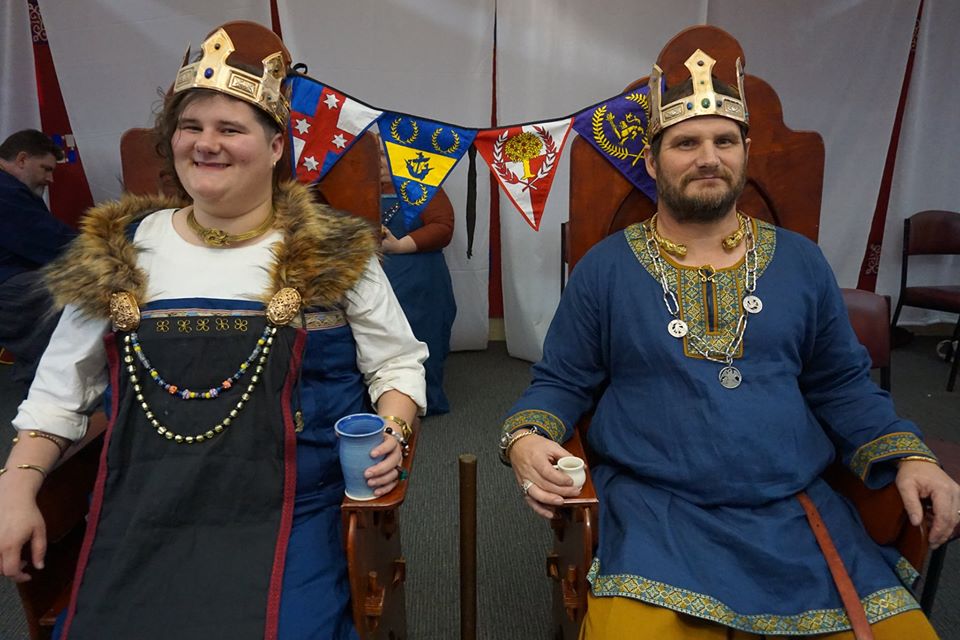 The role of the territorial (landed) Baronage is to represent the Crown and maintain Their presence in Their lands. They are selected by the Crown, after consultation with the populace, to fulfill a ceremonial and leadership role as the liaison between the populace and the Crown. The average term of office for a landed Baronage in Lochac is 3.8 years, in contrast to Officer terms of two years and Crown reigns lasting six months, so the Baronage also provides an element of continuity and institutional memory to the group and the Kingdom. They have the privilege to grant Baronial Awards to those members of the populace they find deserving of recognition, and they welcome recommendations for this.  The Roll of Arms is maintained by Dromond Herald and lists all the subjects of the Crown in Ynys Fawr and its Canton, College and Hamlets who have been recognised.